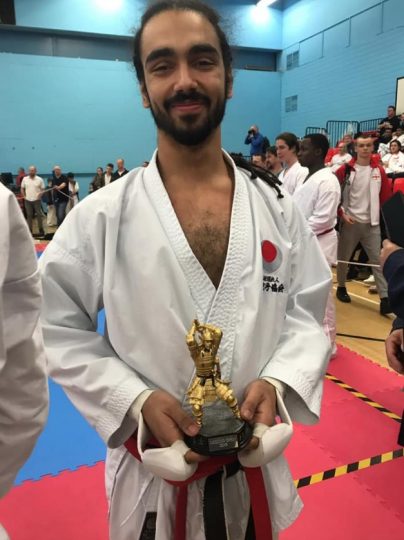 25 clubs and associations from the UK, Ireland, and Belgium attended, making it a very busy day !

Both Aaron and Nathan competed in Kata and Kumite, and there were many entries in their categories, so they had to earn their way to the finals !

Aaron’s performance was one of the highlights of the day, winning Gold in Kata with Sochin, Bronze in Kumite, and picking up a further 2 Silvers in Team Kumite.

In recognition of his outstanding achievements on the day, he was also awarded Best Male Competitor by the organisers.

(Report sent in by J Radford) 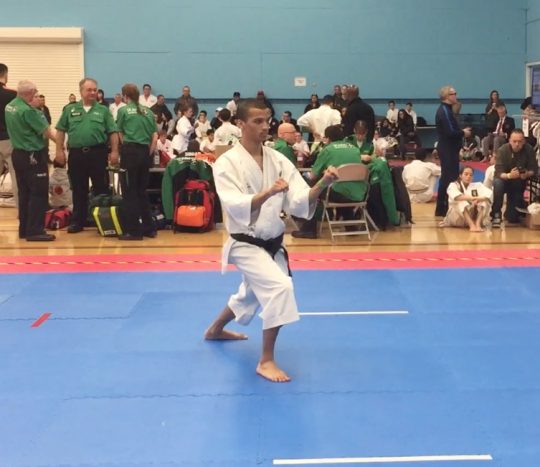 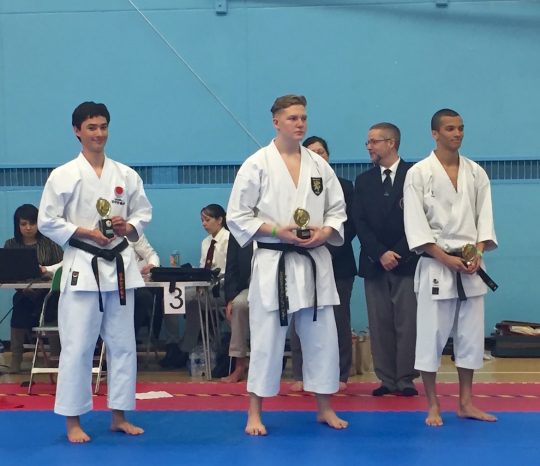 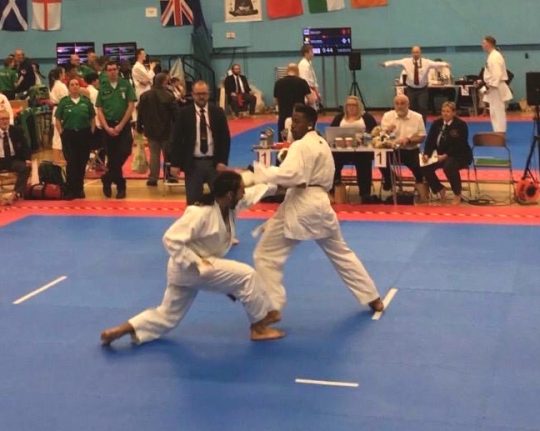